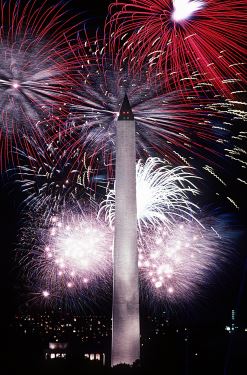 This Independence Day, I want to encourage my fellow countrymen to celebrate the most American of all holidays by listening to a reading of the Declaration of Independence on this week’s episode of Home Front, hosted by former Missouri State Representative and Constitution Party leader, Cynthia Davis. Even those of us who frequently refer to this great document, or profess to love the liberty that it stands for, are guilty of rarely reading the actual words with which our nation was founded. When I listened to this reading of the Declaration, several things jumped out at me as though I were hearing them for the first time. The reading of the Declaration of Independence and the rehearsing of the principles contained therein, should be at the center of every festivity and gathering across the land on this and every 4th of July.

As you listen to the reading of the Declaration of Independence, or read it for yourself, listen closely and consider how many of the charges laid against King George by the signers of that document could be made against our President today; or his predecessors; or the swarms of bureaucrats that enforce upon us rules, regulations, fines and fees; or the Congress that approves of it all, including the House of Representatives that furnishes the funding that allows it to continue; or the governors and state legislatures that fail to interpose to protect their citizens from federal usurpation, but instead actually engage in most of the same activities within their own states.

This Independence Day, remember the Declaration of Independence and rehearse its principles. Then, forward this to your friends to remind them what the 4th of July is really about, why we celebrate it and what it really means to be an American.