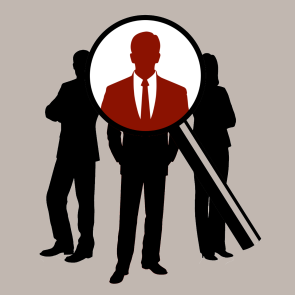 There actually is a Presidential candidate in the race who does comprehend America’s moral condition, has guiding principles, and understands the rule of law under the U.S. Constitution. However, it appears the dominant media does not want the American public to find out about him. While Trump gets by far the most media coverage, Hillary less, and third party candidates receive minimal attention, only Darrell Castle of the Constitution Party has received “zero coverage” by ABC, CBS and NBC. Castle also just happens to be the only candidate in the race who is basing his policies on a Christian worldview, the principles of liberty through limited government and adherence to the U.S. Constitution. You don’t suppose there could be a connection there?

Surprisingly, or perhaps I should say shockingly, the de facto blackout of Castle and his message is not limited to the perceived left-leaning mainstream media, but carries over into the institutions of the Christian-conservative-right. Despite being the only candidate in the race articulating the traditional conservative message and Christian values, Castle has received little more attention (if any) from the institutions of the Christian right than from the mainstream media.

The dominant Christian and conservative organizations, publications and channels of communication appear to be unaware of Mr. Castle’s existence, despite continual attempts by him and his party to reach out to them over the past 24 years. One of the more disconcerting aspects of this failure even to acknowledge Castle’s presence in the race, is that it serves to reinforce the false perception in the minds of many Christians and conservatives that they are without a biblical and constitutional alternative in the coming election, which is tantamount to perpetuating a lie.

If there were another candidate in the race who represented the traditional values of the Christian-conservative-right, it might be different. It could be reasonable for Christian leaders and conservative organizations to bestow their attention on the candidate with the best name recognition or the most financial support, assuming he held sufficient adherence to the understood principles of their cause. Even then, it would be unbefitting of Christian character to completely ignore, and effectively deny the existence of, other candidates who uphold the standard. However, in the case at hand, no other candidate in the current race is articulating anything remotely resembling a Christian worldview or the rule of law under our constitutionally-prescribed form of government.

When leaders and organizations that profess adherence to a certain set of values choose not to inform the public, or even their own followers, of the existence of the only candidate who represents those values, their silence becomes tacit consent to the exclusion of both the candidate and the message from the public debate. They forfeit the right to protest future censure and silencing of their message when they do not stand with the candidate who is currently articulating that message.

Darrell Castle has not only been excluded from major media coverage, but also from forums, town halls and even most public opinion polls. Now he is being excluded from debates as well – not just the beauty contest of the two big parties, but even third-party debates, being told “he isn’t ranking high enough in the polls” – those would be the same polls that he has been excluded from!

What is the media afraid of? What is it about Mr. Castle that is so frightening to the media gatekeepers and established order that they don’t want the public to know he even exists?

I’m not pleading the cause of a particular candidate, or even making a request for equal time. Rather, I am pointing out that the media and powers that be appear to have become so intolerant of a Christian worldview and the message of constitutionally limited government, that they are unwilling to allow it even to be heard in the public square. Any other message can be entertained, but in the land of the power-hungry and lawless, only the message of limited government and the rule of law cannot be tolerated.

If there were another candidate championing Christian and constitutional principles and who was being allowed access to the public forum and endorsed and supported by the Christian and conservative leaders and organizations, then I could say “all is well.” But it’s not well, and in regard to the professed values of the Christian-conservative-right, Mr. Castle is the last man standing.

It grieves me not to see a single notable Christian or conservative leader or personality standing with the only candidate left in the race that represents what were once the values of the Christian right – not because I care about Mr. Castle’s fame, or even whether he gets any votes, but because of what it tragically says about the leadership of the Christian right.

There are numerous Christian leaders, conservative organizations and notable personalities who, with a single message to their email list, a media release, or public statement, could bring Mr. Castle and his party’s cause to the attention of hundreds of thousands, or even millions of Americans, and thereby bring his message – our message – back into the public debate.

Where are the great conservative leaders? Why are they silent? Many express dissatisfaction with both Trump and Hillary, and some, like Ted Cruz, even hint at the notion of withholding our vote in order to stay true to our principles. But without an endorsement, or some tangible act of standing with the last Christian Constitutionalist in the race, the message is abandoned to die in obscurity.

This isn’t about promoting a particular candidate, nor condemning the others, but about asking where is the devotion to our professed principles, and where are the leaders and organizations of the Christian right?

Thomas Jefferson told us, “resistance to tyrants is obedience to God.” I believe we could honor Mr. Jefferson’s maxim by resisting the attempted tyranny of the dominant media. Poke a sharp stick in the eye of those who want to silence the Christian and constitutional message by spreading the video of Mr. Castle’s town hall event far and wide. Make sure every last American hears the message of the candidate that the media doesn’t want you to know about.

Do your part to bring this message to the attention of Christian, conservative and Constitutional leaders in your circle of influence. Hand a printed copy of this article to your pastor, repost it in a conservative forum, or contact the leadership of an organization that you belong to. It’s up to those who believe in the message to take it where it needs to go.