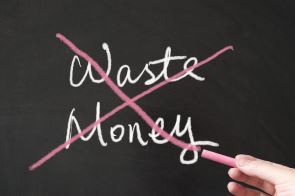 Voter turnout is far lower at special elections than at general elections. Therefore, if the particular government agency or program that is seeking the funds does a good job of encouraging voter turnout among their employees, employee’s spouses, fellow union members, associated contractors, businesses or special interest groups that will benefit, they will make up a larger percentage of the total votes cast at a special election than at a general election. This is why agencies learned long ago to have their funding measures placed on special election ballots.

Special elections are provided for in state law, but it is left to local jurisdictions to decide when to utilize them. The original idea was that special elections would provide a means to address emergency situations that arise during the year and which cannot wait until the next regularly scheduled election. While the “emergency” stipulation has been removed from the state law regulating special elections, the originally intended usage of these elections is still evident in the text of Spokane City Council Resolution 2016-0021 which calls on the county auditor to hold the upcoming special election. The resolution states “to the extent an emergency must be declared to hold such election,” then goes on to declare that “the City Council determines that an emergency exists.”

Emergency? What emergency? The council has known since 2010 that the EMS levy passed in that year would expire at the end of 2016. Furthermore, the current level of EMS funding will continue through the end of this year, so even if the loss of revenue did present a true “emergency,” that emergency won’t occur until two months after this year’s regularly scheduled general election. Why not put the EMS levy on the November ballot when more voters will be participating and we will already be paying to print and mail out ballots? The county elections office estimates this special election will cost taxpayers between $150,000 and $250,000 depending on voter turnout and the number of returned ballots to be processed. Add the cost of postage stamps for voters to return those ballots and you can safely call every city-wide election a quarter million dollar affair. That may be pocket change in the mind of the city council, but it’s a lifetime of hard work and savings for most taxpayers.

I’m not opposed to emergency medical services, or fire protection, police, parks, or many of the other services that are funded through the levies and bonds that are commonly placed on a special election ballot. What I am opposed to is wasting taxpayer money on “special” elections when no real emergency exists. I am also disappointed by the duplicity of city councilmen who, with considerable regularity, sign their names to documents declaring that an emergency exists where there is none, and who do so in a spirit of favoritism to provide government agencies and programs with their own private election.

Through the habitual misuse of special elections, they have come to be special only in the sense that they provide special favor to agencies, programs and projects that otherwise might not gain the same access to taxpayer’s pocketbooks. Please, let’s stop the waste!

Republish with attribution and link back to http://robertpeck.net