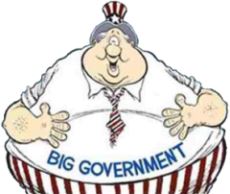 When the 2015-17 Washington state budget was finally passed back in June of this year, I heard boasts emanating from the Republican Party about how they held the line against democrats and managed to pass a budget without raising taxes. My first reaction was incredulity. My next response was to question whether I had been misjudging republicans and being unduly critical of them. However, a little research quickly revealed that I was being lied to, though it wasn’t until this past week that I heard an actual price tag placed on the cost of that lie.

In a radio program featuring Washington State Representative David Taylor, and former Representative Jason Overstreet, Representative Taylor revealed that the new state budget (which was passed with the support of 90% of republican legislators) increases taxes on Washingtonians by $17.5 billion over the next ten years. As Overstreet points out, Republican leadership, in order to conceal their deed, has resorted to deceit, calling this a “no new taxes budget.” Click here to begin listening to Taylor and Overstreet’s discussion of this topic at the 7:00 minute mark and continue through 11:30.

With an actual dollar amount for this tax increase now in hand, I thought it was time to spread the news far and wide and let my state’s higher taxes, bigger government republicans, bask in the warm glow of the light of truth shining on their deeds. END_OF_DOCUMENT_TOKEN_TO_BE_REPLACED

Letter to the editor submitted to the Spokesman Review in regard to Washington’s February 10, 2015 special election

It’s special election time again – that time of year when we waste taxpayer dollars to print, mail and process ballots with only one or two items on them – usually a school bond or levy. Ostensibly, these are issues that could not be foreseen at the last regular election and which cannot wait until the next. Hence, school district officials appeal to county commissioners for a “special” election as provided in state law for dealing with such emergencies as school administrators not being able to project revenues and expenses far enough in advance to place these matters on a regular election ballot. But do these issues appear on special election ballots merely because school boards are incapable of planning ahead, or is it because voter participation is notoriously low at these elections, making it easier for the education establishment and its associated special interests to carry the vote? I would be curious to see the outcome of such bond/levy issues if county commissioners were to stand up to school districts, refuse to waste taxpayer dollars on special elections and tell the education establishment they’ll just have to place their bond issues on a regular election ballot like everyone else.

School levies will once again be on the ballot in various districts around my home state of Washington on February 14 (Valentine’s Day). The education establishment learned some time ago not to put bonds and levies on the regular November ballot as they often fail at elections where larger numbers of voters turn out. In recent years, such levies are nearly always voted on in a so-called “special election” at an off season when nothing else is on the ballot and few voters participate. If the education establishment can get its base of support to turn out, END_OF_DOCUMENT_TOKEN_TO_BE_REPLACED

As a new year begins and a new Congress comes on the stage promising reform, fiscal accountability and a return to conservative principles, I’ve got to remind us all to stay focused on the big picture. Too often, our attention is diverted from the real and weighty issues that determine the future of our country, our liberty and our prosperity. Like the illusionist who diverts our attention from what is really going on, the political powers that be, along with the dominant media and political pundits, direct our attention to whatever is being billed as the major political battle of the day. But more often than not, those battles are being waged over what amounts to minutia or only minor differences in policy when compared to what I consider to be the big picture. END_OF_DOCUMENT_TOKEN_TO_BE_REPLACED